Learn the basics of web scraping with this comprehensive overview. 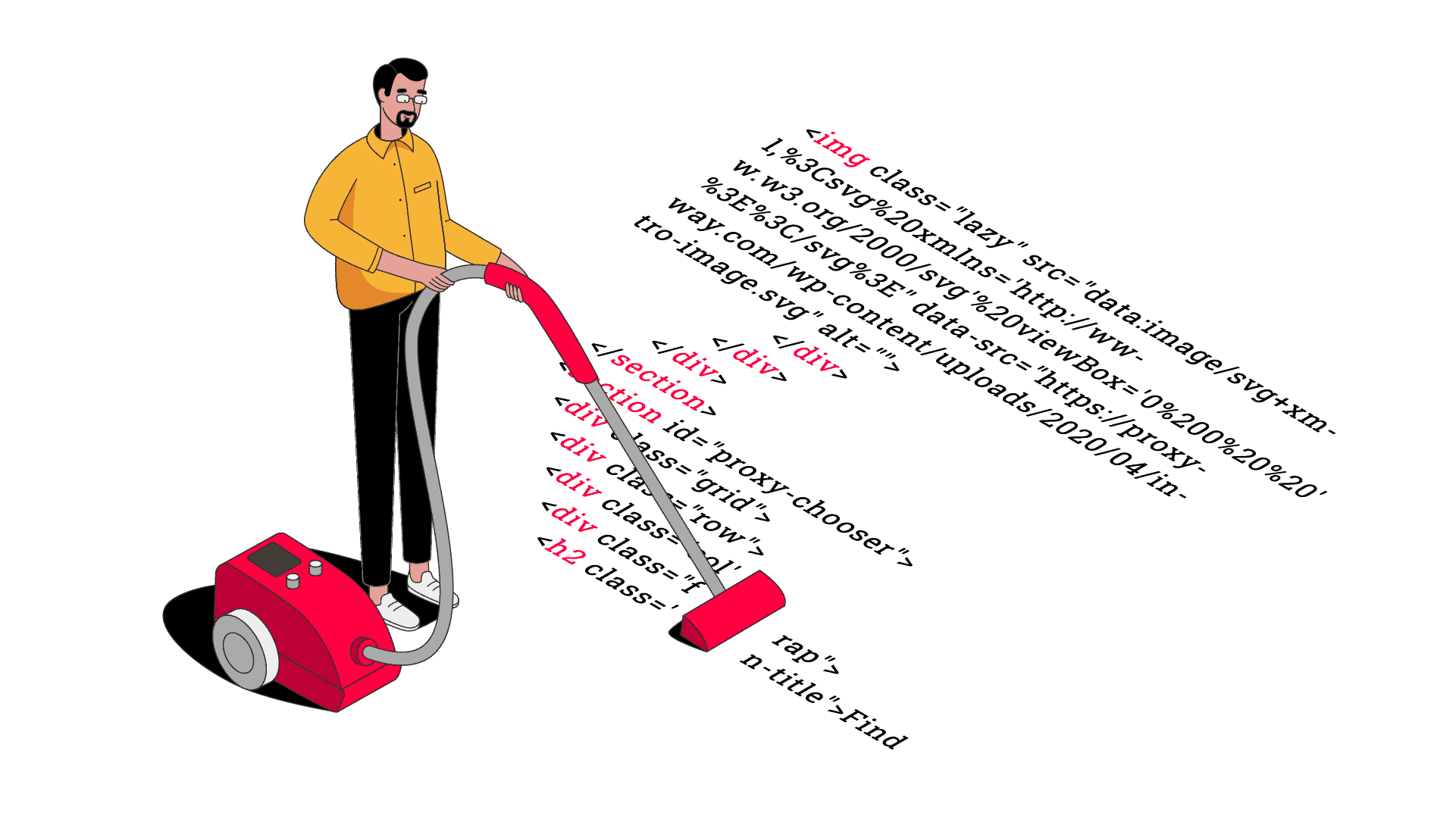 Web scraping is a very powerful tool for any business. It allows collecting data from the internet on a massive scale to extract valuable insights: product and pricing information, competitor actions, consumer sentiments, business leads, and much more. This guide will give you a comprehensive overview of what web scraping is, how it works, and what you can do with it. Let’s get started!

What Is Web Scraping – the Definition

Web scraping goes by various names. It can also be called web harvesting, web data extraction, screen scraping, or data mining. There are some subtle differences between these terms, but they’re used more or less interchangeably.

Web scraping is not the only method for getting data from websites. It’s not even the default one. The preferred approach is using an API.

An API, or application programming interface, is rules for interacting with a certain website or app programmatically. Websites like reddit.com have APIs that allow anyone to download their contents.

The problem with APIs is that not all websites have them. Those that do often impose what data you can collect and how often. And for some reason, APIs tend to change or break more often than even some web scraping scripts.

So, the main difference between web scraping vs an API is that the former gives better access to data: whatever you can see in your browser, you can get. However, web scraping often happens without websites knowing about it. And when they do find out, they’re not very happy about it.

The terms web crawling and web scraping appear in similar contexts, so you might find it unclear how they relate to one another. Well, they’re not quite the same.

A web crawler travels through links on websites and downloads everything it encounters on its way indiscriminately: from the URL structure to the contents. The best example of web crawling would be Google Search – it consistently crawls the whole internet to make a searchable index based on the findings.

Web scraping means that you’re downloading and extracting specific data from a website. It can be the prices of computer monitors, job titles, or something else, depending on your needs.

Technically, web crawling can be treated as part of the broader web scraping process. After all, to scrape some content, you have to find it first. But culturally, crawling often takes on a separate identity, especially when the discussion turns toward the legality of web scraping. We talk abut this more in our article on web crawling vs web scraping.

There are many tools to facilitate the scraping process or offload some of the tasks from you. Ready-made scrapers let you avoid building your own; proxies can help you circumvent blocks; and if you want, you can get scraping services to do the whole job for you.

What Is Web Scraping Used for?

Web scraping is a method for getting data. Whatever you do with that data depends on your needs and imagination. Needless to say, the range of uses for web scraping is huge. Here are some of the more popular ones among businesses:

Choosing the Best Web Scraping Tool for the Job

There’s no shortage of web scraping tools in the market. If you want, you can even scrape with Microsoft Excel. Should you, though? Probably not. So, here are some of the more popular tools for scraping the web, divided into categories.

These are complete web scraping toolsets that cover every part of the journey: scraping, parsing, and then storing the data in a format of your choice.

Read more about the differences between Scrapy, Beautiful Soup, and Selenium.

Web scraping libraries are elements that control one or more aspects of the web scraping process. They’re usually not enough by themselves and require other tools for a complete experience.

These are like web scraping frameworks but even simpler – everything is already configured for you and wrapped in a nice user interface. Some of the tools below let you scrape successfully without any programming knowledge. However, their visual controls and focus on beginners may make them less suitable for serious projects.

Here are some web scraping tips and best practices to help make your project a success.

Most websites have a robots.txt file. It gives instructions for which content a crawler can access and what it should avoid. While you can ignore robots.txt – and many scrapers do – you shouldn’t. This harms the already dubious reputation of web scraping and causes websites to implement further restrictions.

Another tip would be not to overload the website with requests, especially if you’re dealing with smaller domains. There’s no hard and fast rules for how many requests you should make; you’ll have to gauge it yourself based on the domain. Also, try to scrape during off-peak hours, such as during nighttime when there’s less load on the website’s servers.

Web scraping requires continuous maintenance. If you’ve built a scraper by yourself, it will likely be a patchwork of tools stitched together. So, it’s reasonable to expect that sooner or later one or more of the components will fail and require your attention.

Be aware that websites won’t be much of a help in preventing that from happening. On the opposite: some targets will deliberately change URLs or page structure (such as HTML markup) to break your scraper. You’ll have to invest time and effort to keep things running smoothly.

Web scraping isn’t easy, and some websites do their best to make sure you can’t catch a break. Here are some of the obstacles you might encounter.

There are multiple reasons why your scraper might get blocked: they can stem from the way it acts or even presents itself to the website.

The first rule is not to make too many requests from the same IP address. It will get you rate limited, CAPTCHA bombed, and then blocked. Rotating proxies can help you avoid this outcome. But even then, you shouldn’t just blindly make one request after another – modify your crawling patterns and request frequency to make your scraper’s actions more natural.

Another important piece is user agents – elements of HTTP headers you send with connection requests to a website. It’s not enough to include a user agent; it should realistically mimic the configuration of a real browser. It’s also necessary to rotate user agents from time to time to act like a regular user.

Then there’s browser fingerprinting – information about you and your computer encoded in your browser. It’s rare for minor websites to use fingerprinting techniques. But if you consistently encounter problems because of them, you might want to use a headless browser to simulate real user behavior.

CAPTCHA challenges can greatly hinder your web scraping efforts. They can be triggered because you’re making too many requests too fast, using a datacenter proxy or a flagged residential IP. Modern CAPTCHAs are also able to monitor user behavior and appear if they notice something unusual.

One way to deal with them is to use a CAPTCHA solving service or simply rotate your IP address. Another approach would be to prevent challenges from appearing in the first place. It’s a matter of better emulating human behavior, limiting and staggering the number of requests your scraper makes. You can read more about it in our article on how to bypass CAPTCHAs.

Websites that rely on JavaScript to run or enable some elements are a completely different beast compared to regular sites. JS brings things like fingerprinting checks, lazy loading, and other functionality that make a scraper’s life miserable. If you can, you should avoid it.

If you’re set on scraping a website with JavaScript, and want to do it yourself, that’s perfectly possible. You should look for a headless browser. Selenium is a popular choice, though more and more developers have been turning to Puppeteer on node.js.

The Legality of Web Scraping

Web scraping is not exactly a very welcome or even ethical affair. Scrapers often ignore the website’s terms of service, bring down its servers with too many requests, or even appropriate the data they scrape to launch a competing service. It’s no wonder that many websites are so keen on blocking any crawler or scraper in sight (except for, of course, search engines).

Still, web scraping as such is legal, with some limitations. Over the years there have been a number of landmark cases. They have established that web scraping a website is okay as long as the information is publicly available and not copyrighted. Still, it’s a good idea to contact your lawyer to be sure that you’re not breaking any laws.