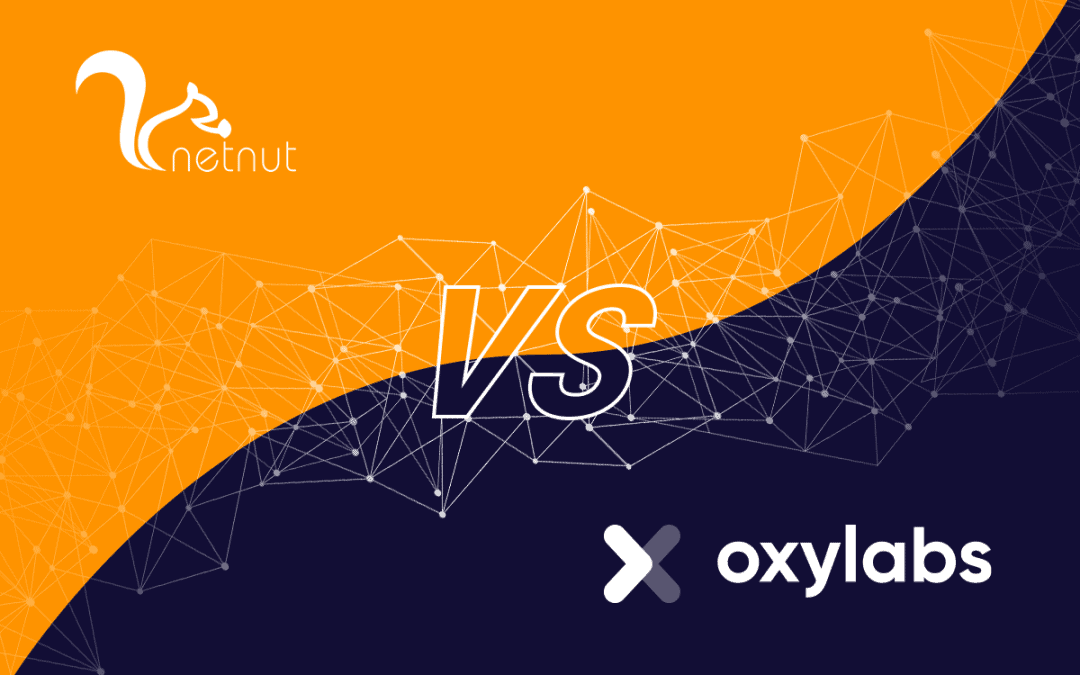 Both NetNut and Oxylabs can be seen in the top five of the best residential proxies list, and both have pros and cons. But one is better than the other and this article is here to tell show you how and why Oxylabs is the winner.

In the table above we see that Oxylabs pool size of residential proxies is significantly larger than NetNut’s, as Oxylabs has over 30 million and NetNut has only half a million.

The same can be said about country pool size – NetNut has only 50 locations at their disposal whereas Oxylabs has over 195+ countries, or simply – all of the countries in the world.

Both NetNut and Oxylabs have credentials as an authorization method, however, NetNut doesn’t have whitelisted IPs and Oxylabs does.

When it comes to the dashboard, both have a similar situation, except Oxylabs doesn’t have plan renewals, and NetNut doesn’t have Credentials/Whitelist IP changes.

You can see a big difference with timeouts and blocks – NetNut has nearly double the number of timeouts, and almost four times more blocked IPs than Oxylabs. However, it deals a bit better with connection errors than Oxylabs.

Comparing NetNut and Oxylabs to Other Proxy Providers

NetNut almost reaches Oxylabs in most cases, and even goes over with Wayfair, but really goes way down with Google. Not only it doesn’t reach the overall average, but it also struggles with a small number of 19,02%.

Oxylabs residential proxies performed really well with an average success rate of 84%. Whereas NetNut started to drop once we set the concurrent connections on 200, and from there, it went downhill. 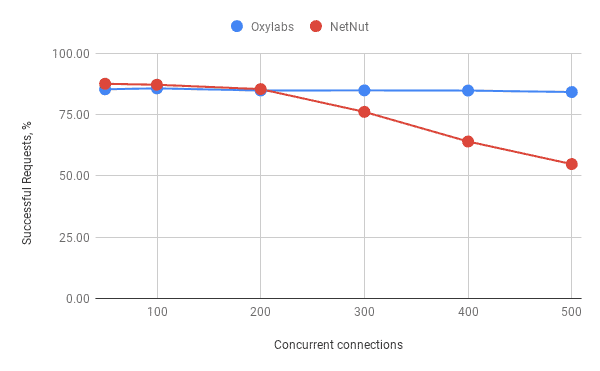 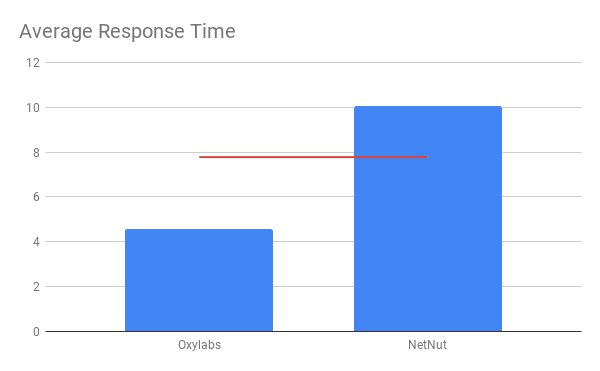 When it comes to pricing plans, Oxylabs has really clear and to the point plans where you can see what you will get for a certain sum.

NetNut also has quite clear and easily understandable plans, being able to choose a custom plan to a Master Plus (which the price seems to be a winky face, but we guess that this price changes based on the agreements made by both sides).

Oxylabs seems to be a tad more pricey, but they do offer much more than NetNut.

Why Oxylabs is Better Than NetNut?

Oxylabs had an overall better performance then NetNut – with speeds, with concurrent connections with target scraping. It had better dashboards as well a much larger proxy pool and country list. NetNut is great for a small load, where it performs perfectly. But if your requests are larger – Oxylabs is the way to go. You can find Oxylabs’ full review here.